The “secret sauce” for penalties kick saves: What do the best do?

Penalties are not a lottery! Studies and data prove that Penalties are not about chance. The “Zero Emotion Demeanor” of the kicker and on the other hand “player intel” through film analysis can positively influence an out come from the penalty spot for the goalkeeper.

Some goalies, tend to analyze the opponents of possible kickers, by keeping notes on their gloves, hands, and glove bags; others simply move by experience and instinct.

Penalties are not a toss-up, luck does not influence the outcome. Goalies can do something about it and all it takes is to be proactive and to be prepared days before the match. This comes in to play, as the tense game situation affects the normal functioning of the brain and as the kicker turns on the autopilot there is a lot a goalkeeper can do at this point. The idea is to improve the performance of both kickers and goalkeepers, but especially of the latter, as penalty specialists “are not geniuses with remarkable talent to discover where the opponent will shoot. They are just athletes who love their game and know how to execute their job well. 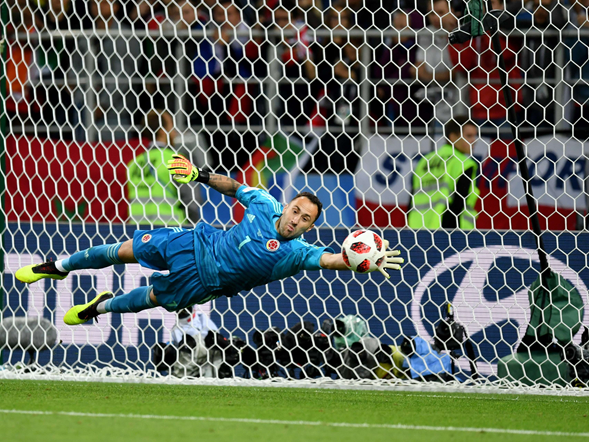 Studies done indicate that when a goalkeeper is in trouble, with his team losing in penalty shoot-outs, he instinctively pulls to the right.

In World Cups, statistics tell that the goalkeeper usually stops one in five shots. The players convert 70% of the penalties and under pressure, the goalkeeper only stops 8 percent.

The left side of the goal becomes an invitation for the kickers, because by reviewing the World Cup definitions from Spain 1982 to South Africa 2010, 71% of the time the goalkeeper threw himself to the right and only 29% left in the critical moment of the series.

Gomez is a current member of the US SOCCER COACHES ASSOCIATION OF AMERICA and is a USSF National “B” Licensed Coach which he earned in Thousand Oaks, California.